Have you ever heard of fiction for wisdom seekers? Why would you want to? 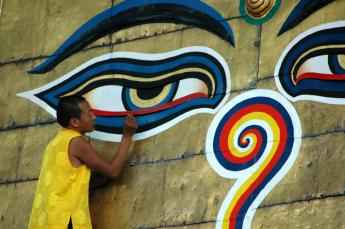 Aesop knew all about it; if he had phrased morals in stand-alone statements, we might not recognize his name today. Even such fine mystical intellects as P. D. Ouspensky (student of George Ivanovich Gurdjieff) have been known to present profound insights in story form as he did with Strange Life of Ivan Osokin which demonstrates in a superbly-written novel how vital it is for us to wake up to our essential nature and unstick ourselves from automatic patterns that keep us locked into an unconscious state. Ouspensky subscribed to the belief that we are bound to repeat our mistakes over and over until we wake up or else repeat ourselves into oblivion.

Purpose commensurate with its art

The New Zealand-born author Katherine Mansfield, as she neared death from tuberculosis during 1922 in the Fontainebleau chateau of the “Forest Philosophers”, reflected upon the obstacles her colleagues D. H. Lawrence and E. M. Forster faced in confronting methods such as those presented there in The Institute for the Harmonious Development of Man. And then she probed into the heart of the writer’s highest objective:

“’Suppose,’ she used to say, ‘that I could succeed in writing as well as Shakespeare. It would be lovely, but what then? There is something wanting in literary art even at its highest. Literature is not enough.’

“’The greatest literature’, she said, ‘is still only mere literature if it has not a purpose commensurate with its art. Presence or absence of purpose distinguishes literature from mere literature, and the elevation of the purpose distinguishes literature within literature. That is merely literary that has no other object than to please. Minor literature has a didactic object. But the greatest literature of all – the literature that scarcely exists – has not merely an aesthetic object, nor merely a didactic object, but, in addition, a creative object: that of subjecting its readers to a real and at the same time illuminating experience. Major literature, in short, is an initiation into truth.’” *(From On Love by A. R. Orage, Samuel Wiser, N.Y., 1972)

“…an initiation into truth…” From a very young age – so long ago it stretches my memory to the breaking point – I’ve searched for fiction with wisdom, although the objective wasn’t always clear. Early on, there weren’t limits. Any kind of story, any genre, was devoured and each final page was the launch pad into the next opening page. Then at the time of life when those serious questions arise, there came diversions into the non-fiction world of spiritual teachings, mystical texts, and works of masters. Upon each return to fiction I found the field narrowing down. Just any story no longer satisfied. No matter the intriguing plot, however skilled the word crafter, it was content that mattered. It was wisdom brought to life that I sought.

Many aspire ~ few are chosen

At times promising works were tempting to classify as “fiction with wisdom”. Ayn Rand convinced multitudes of readers with her philosophy called Objectivism incorporated into groundbreaking novels of the 40’s and 50’s, especially The Fountainhead and Atlas Shrugged. She was convincing enough to intrigue readers into a following, and for a few months I was one of them. The test of time allows one to take such insights deep within and to assess with the veracity of inner knowing if this literature is “an initiation into truth” or if it is an entertaining, engrossing work of fiction that one exits at the last without an enduring vehicle, practice, method, or truth that can assist one in the direction of supreme realization.

In the early 70’s when I was about to hit the road again, a friend placed a maroon clothbound book into my hand to send me on my way. It felt so good to hold, harkening back to days when books were artfully bound. She had given to me Ardath; it was my first encounter with Marie Corelli’s works. Miss Corelli was a popular turn-of-the-century novelist whose life remains a conversation piece. In the initial experience of Ardath’s lush romance ranging from a remote monastery to a bygone city of Al-Kyris, with characters varying from an agnostic poet to an angel, I was entranced by the novel crafted around a passage from the apocryphal Book of Esdras that serves as the lynchpin of the novel: “So I went my way into the Field which is called ‘Ardath,’ and sat among the flowers.” This was the book which, Corelli’s sermonizing aside, fanned the flame of my quest for fiction with wisdom. It didn’t require much passage of time to recognize that Marie Corelli’s novels, while lyrical and instructive on some levels, again fell short of fulfilling this quest.

It was with that reading experience that the pursuit began to change. What I sought from without, from other authors, became demanded of myself. Poetry which I’d written metamorphosed into prose. Gradually I acknowledged that if it were not to be so easily found, then perhaps I was called upon to fulfill the quest. Along the way, another possibility arose: perhaps I wasn’t the only one with a thirst for fiction with wisdom.

That was the genesis of the path my writing has taken. The Third Verse Trilogy is one result. The Tenth Muse and The El-eventh Hour are available on our To Order page. The Twelfth Age is going to press and will be available by Spring, 2008 - soon to complete the trilogy, and soon to appear on our order page.  For a preview of The Twelfth Age, go to Book Previews page.

*Excerpted from ON LOVE by A. R. Orage, published by Samuel Weiser, York Beach, ME. Words by Katherine Mansfield used by permission of Red Wheel/Weiser. This book is retitled, On Love & Psychological Exercises.