"Well, I have studied and received teachings about karma. I hear the word bandied about in all sorts of societal settings, in the media, among my friends. So I try to let misconceptions roll off my own deeper relationship with the karmic concept."

Is this you? Or perhaps you are just learning about some of the fundamental, universal principles of existence, of which karma is one.

One of the most dramatic insights that has opened up to me along the way is the layer-upon-layer, level-after-level, of accomplishment and understanding that takes place for wisdom-seekers in just one lifetime. To put it simplistically, "Aha, I've got it! Now I'm there. Oh, wait, there's more."

So there are no know-it-alls. But there are adepts who have spent a great portion of their lifetimes focused on what's really important. In fact, there are whole lineages of adepts.

As I navigated the passage of time following the death of my beloved husband, good friends recommended a book I'd not yet come across: There's More to Dying than Death, by Lama Shenpen Hookham. This book quickly joined the large library of spiritual texts here, but it took some time to cope with many demands before I could turn to its pages. Imagine my delight in discovering that Lama Shenpen's writing reaches right into the western heart and mind. She has gladly given permission to share her words about the workings of karma with you.

On page 60, she writes: "The Buddhist tradition goes into the causes and effects of karma in great detail, spelling out its implications in the context of countless beings spending countless lives wandering the countless universes that make up samsara. It depicts each one of us having taken birth as every possible kind of  being you can imagine (or not) over countless lifetimes, relating to each and every being in countless ways in every possible relationship, such as mother, child, friend, enemy, prey, predator, lover, sibling, king, servant, and so on. We have all been acting in every kind of way, accumulating a vast backlog of potential karmic results. Furthermore, we none of us know what is in the pipeline in terms of karmic results, or when they are likely to come to fruition. For example, something that happens to us today could be traced back to something we did many lifetimes ago in another world altogether. So the whole situation is very precarious.

"From the Buddhist perspective, the uncertainty of karma is obvious from just looking at what is happening in the world around us. For example, good people suffer horrific illnesses, bad people seem to get away with murder. People are suddenly cut down in their prime, losing their wealth and health, family, friends, freedom, country, or whatever. We are never safe. We never know whether by the end of the day our whole life or world might not be changed. Even though it is taught that karma is driving all this, we are none the wiser about what might happen next. That is why Buddhism stresses the need to keep connected to the path to Awakening. The message is that karma and rebirth is like a nightmare and we need a path to Awakening so that we can awaken from it."

Lama Shenpen advises on how to focus within "the scale and extent of the cosmology of which karma is a part." She helps us to recognize that while "we are all in the same predicament of not knowing what awaits us," we want to harness whatever understanding we gain about cause and effect to impel us to see every circumstance that comes to us as a situation that galvanizes us into appropriate response.

On page 62, her encouragement is: "In order to keep to the path of Awakening you only need to keep to your direct experience and an emerging sense of trust. By simply relaxing and opening one's heart, one is making all the right karmic moves, even without having taken on board the world-view implied by karma."

And ... "The point here is that the karma is not so much a result of an action as a configuration that was set up at the time of the action, which is then somehow (in a timeless way) present as a trap we could fall into and suffer as a consequence. If we meet that configuration when we are securely on the path to Awakening, it is merely something we have to work with, in the sense of using it to develop patience or humility or whatever. It doesn't have to overwhelm us or lead us astray....living through such an event in a positive state of mind purifies it (so to speak), so that it is no longer the trap that it was."

Once the focus topic of karma is left behind and one advances through ensuing chapters of Lama Shenpen's book, there remains the flow of cause and effect, such as on page 78: "The Buddhist view is that wishes, intentions, and resolves emanate from the heart wish, and as such are close to the true nature of reality. They have a power in themselves to directly shape the universe and what will happen. The connection between the wish or intention and its outcome does not lie in time or space, so, like any karmic action, its effect can span worlds and lifetimes."

For an excellent companion article to this thought-provoking consideration of karma and how we can work within its mysterious forces,  click here to discover Andrew Olendzki's scholarly writing. 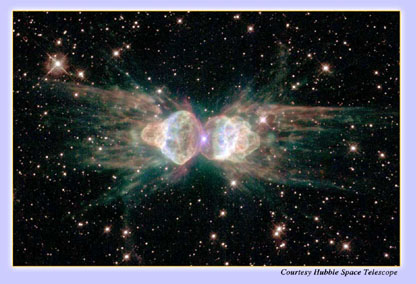