One of several fabulous novel settings in The Third Verse Trilogy is this North American sacred mountain. Our evolutionary fiction reveals possible future scenarios for this splendid mountain sanctuary. Photographs will be added to this page periodically, so be sure to return.
Latest update December 22, 2012. 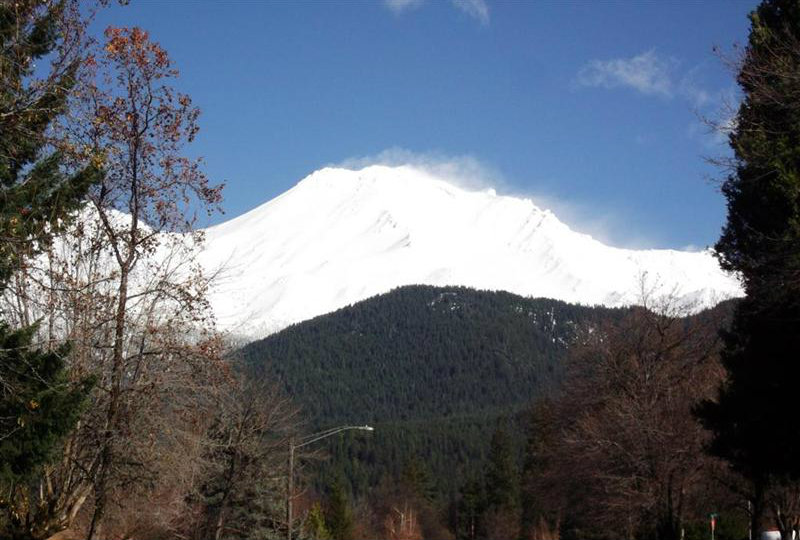 After a very dry season, abundant rain fell in town ~ coating Mt. Shasta with its white gown. This photo was taken November 27, 2012, from in front of
Blooming Rose Press.
Photographer, Lily G. Stephen. 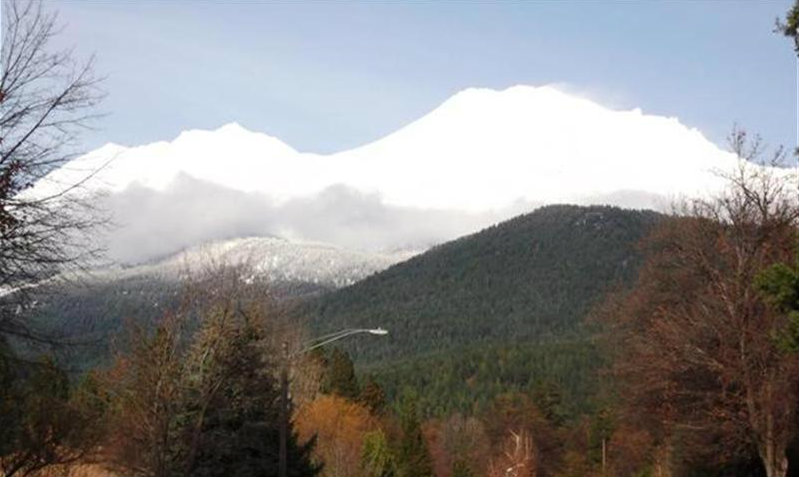 And then more rain came, breaking records on two days that have stood since 1939 and 1941. Here is Mount Shasta from the same spot in front of Blooming Rose Press on December 2, 2012. Photographer, Lily G. Stephen.

And then, after we began to think all the snow would fall only on the mountain this winter, here is the view through our kitchen window just before dawn on Winter Solstice morning, December 21, 2012 after 24 hours of snowfall: 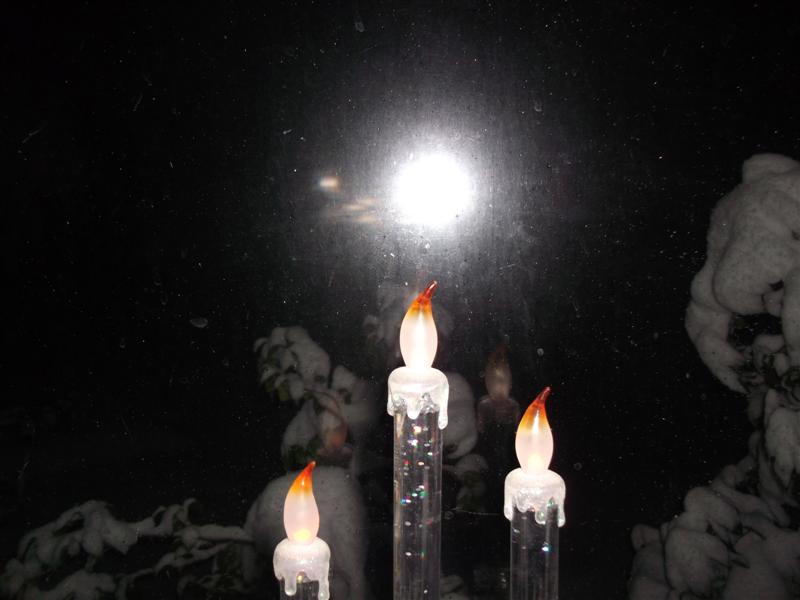 The scene began to lighten, we pushed snow away to open the kitchen door, and gazed out at this scene: 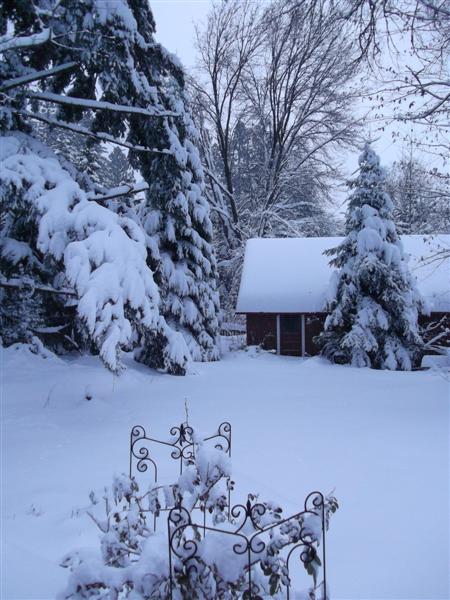 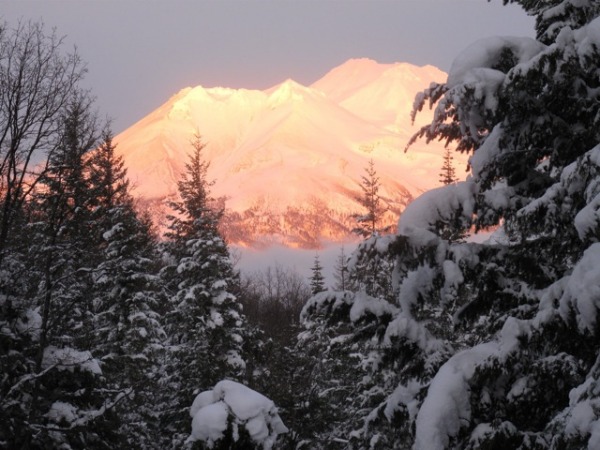 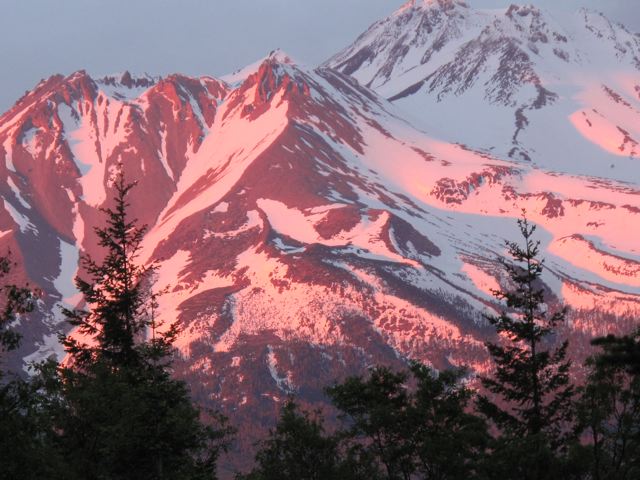 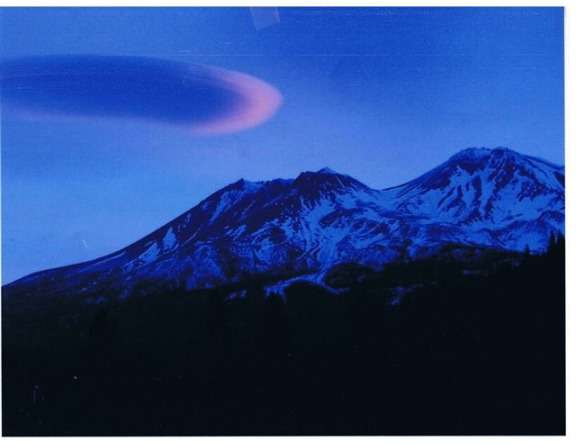 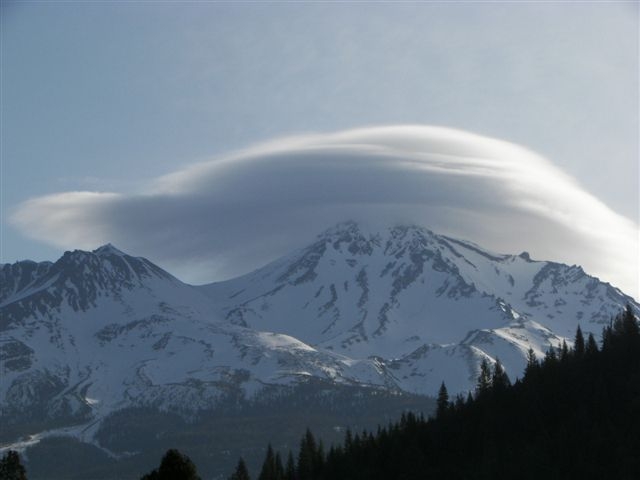 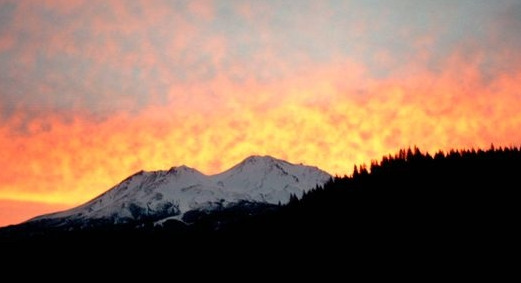 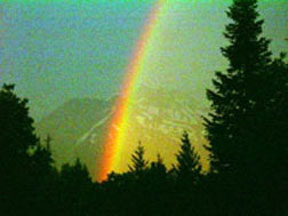 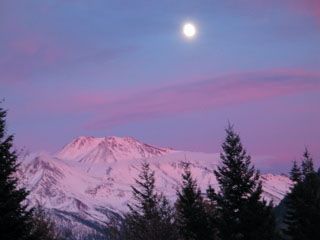 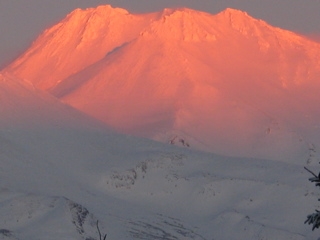 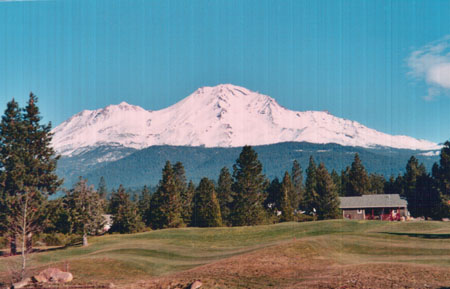 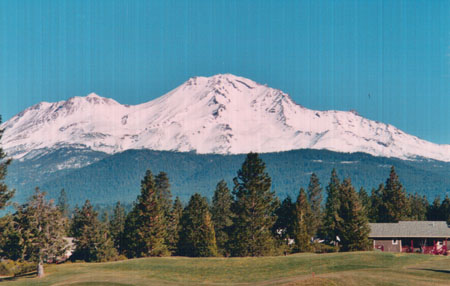 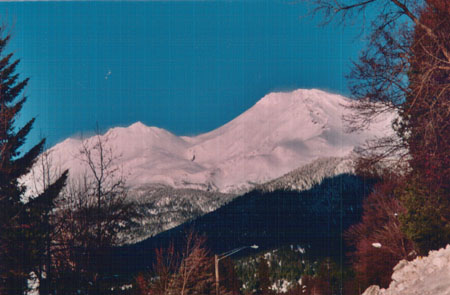 Mount Shasta from the street in front of Blooming Rose Press, January, 2005.
Photographer: Lily G. Stephen
___________________________________________
Our summer hike to Mossbrae Falls, north of Dunsmuir, California. July 6, 2005. These falls are so broad that it's impossible to capture an all-encompassing view with our camera. Here the experience of coming into the mists after a hot mile-long hike along the railroad tracks is indeed mistical. 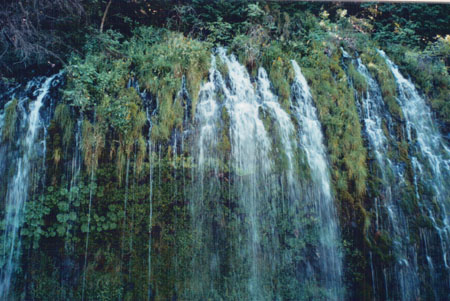 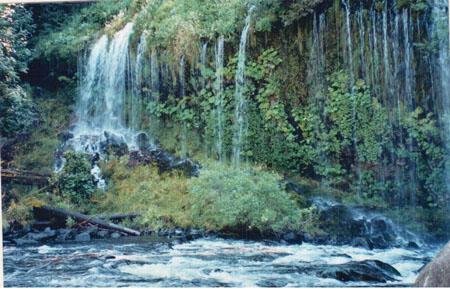