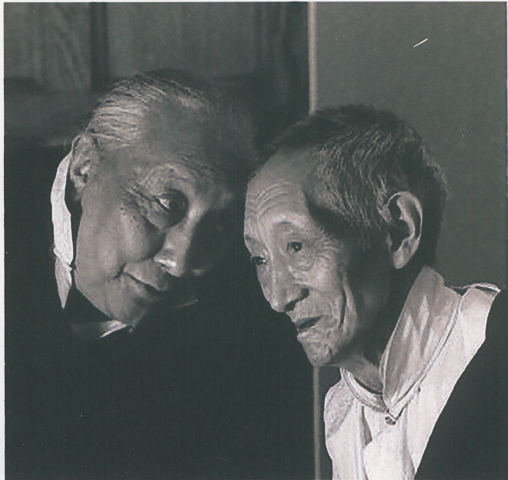 Schools of Buddhism and their countries:
An overview

(Note: To begin with, we are omitting diacritical marks which appear in all texts of Buddhist teachings.)

Especially for wisdom-seekers, and also for those of us who need a refresher on schools of thought within the Buddhist tradition, the following is a very condensed overview of Buddhism -- one of the three greatest world religions, which developed from teachings expounded by Shakyamuni, the historical buddha during the 6th to 5th centuries BCE, following his experiences which led to enlightenment and also his classic bodhisattva choice to share with seekers and disciples those truths leading to release from samsaric suffering. Almost all information is found in the 1991 edition of The Shambhala Dictionary of Buddhism and Zen, a collaboration by Ingrid Fischer-Schreiber, University of Vienna (Buddhism), Franz-Karl Ehrhard, University of Hamburg (Tibetan Buddhism), and Michael S. Diener, Japanologist, Tokyo (Zen), published by Shambhala Publications, Inc., 1991.

Throughout the early phase of development, variations of interpretations stemming from Shakyamuni's teachings resulted in Hinayana and Mahayana (in two streams of thought, Madhyamika and Yogachara), and the Tantric school of Vajrayana. If your main interest is in these and other Buddhist schools, just scroll down to that section.

While the core of the Buddha's teachings originated in India, a migration took place roughly as follows, with further variations coming about through cultural adaptations:

Burma - Variously from two merchants during the Buddha's time or in 3rd century BCE; primarily of Theravada school and also Sarvistivada (transitional stage between Hinayana and Mahayana). In 250 BCE, eventually gave way to Theravada.

China - After Buddhism's inception in 2 CE, a variety of schools thrived at various times (including Prajnaparamita, Hinayana, Mahayana, Ch'an [Zen], and Pure Land).

Japan - Dating from the year 522, Buddhism came originally from Korea. Various schools eventually appeared from China. Zen has been predominant from 1191 to date with two major schools, Soto and Rinzai.

Tibet - The Tibetan king Trisong Detsen's protective reign in 755-797 afforded the appearance and flourishing of Buddhism in Tibet through Indian scholar Shantirakshita (a representative of the Madhyamika, or Middle Way, school) and Padmasambhava who was lotus-born in Urgyen in N.W. Kashmir. The four principal schools are Nyingmapa, Kagyupa, Sakyapa and Gelugpa.

By schools of teaching

This section of overview offers brief definitions of primary Buddhist schools of teaching and practice:

-Hinayana - Originally eighteen or more schools of which only Theraveda exists today; realistic view of existence and suffering; liberation from cycle of rebirth and attainment of Nirvana supreme goal through renunciation and a monastic life; Hinayana ideal is the arhat,"worthy one," who attains complete purification, salvation, freedom from cycle of existence.

-Mahayana - Like Hinayana, Mahayana is rooted in the teachings of Shakyamuni Buddha, differing largely in offering teachings and methods to many, and ultimately to liberate all beings; Mahayana ideal is the boshisattva, the embodiment of compassion; lay practitioners have access to Nirvana; in Mahayana, this is not just liberation from suffering; "by one's very nature one is liberated and inseparable from the absolute. The buddha principle that is immanent in all beings becomes more important than the person of the historical Buddha." -Shambhala Dictionary p. 136.

-Madhyamika - Also known as Middle Way, Madhyamika was founded by Nagarjuna (of India) and his disciple Aryadeva; predominately in India, Tibet, China and Japan; the Middle Way position relates to the existence or non-existence of things; "since all phenomena arise in dependence upon conditions, they have no being of their own and are empty of a permanent self." -Shambhala Dictionary p. 131.

-Yogachara - A school of Mahayana Buddhism founded by Maitreyanatha, Asanga, and Vasubandhu, with the position that all experiences and things "exist only as processes of knowing, not as 'objects;' outside the knowing process they have no reality....This process is explained with the help of the concept of the 'storehouse consciousness'" - alaya-vijnana. -Shambhala Dictionary p. 253.

-Theravada - A school of Hinayana Buddhism founded by Moggaliputta Tissa prevalent in S.E. Asia, it follows along the teachings and doctrines of Hinayana as outlined above, and is the only remaining Hinayana school.

-Zen - Short form of Japanese way to read the Chinese short form Ch'an; Ch'an is Chinese for dhyana (collectedness of mind or meditative absorption in which all dualistic distinctions are dissolved); school of Mahayana Buddhism that developed from merging of Taoism with Dhyana Buddhism brought to China by Bodhidharma; "Zen teaches the practice of zazen, sitting in meditative absorption as the shortest, but also the steepest, way to awakening." -Shambhala Dictionary p. 261.

-Nyingmapa - Tibetan word meaning "School of the Ancients;" of the four main Tibetan Buddhist schools, the Nyingmapa embraces the oldest Tibetan Buddhist traditions brought from India by Padmasambhava, Vimalamitra, and Vairochana in the 8th century; teachings include mahayoga, anuyoga, and atiyoga (dzogchen).

-Kagyupa - Tibetan word meaning "oral transmission lineage;" emphasis placed on direct transmission of teachings from teacher to disciple; beginning with Tilopa and then Naropa, Marpa the Translator carried these teachings to Tibet, whence his student Milarepa spent years of practice in mastering them.

-Sakyapa - This Tibetan school is named for the Sakya (Gray Earth) Monastery of southern Tibet; originated in 1073; teachings are part of Vajrayana and Tantra; teachers were recognized incarnations of Manjushri; one renowned teacher was Sakya Pandita, known in India and Mongolia.

-Gelugpa - Tibetan for "school of the virtuous;" based on the writings of Tsongkhapa, who received a vision of Manjushri and formulated voluminous commentaries with the Madhyamika (Middle Way) view; spiritual practices of achieving concentration (samadhi), dwelling in tranquility (shamatha), and special insight (vipashyana).

-Vajrayana - Sanskrit, meaning "Diamond Vehicle," the Vajrayana is termed by the late Buddhist scholar John Blofeld "the ultimate flowering of Mahayana doctrine;" he goes on to say that "the Vajrayana caters to people who find it easier to use symbols and concepts as the very weapons with which to do away with concepts, instead of trying to banish them from the first. With Zen we start, so to speak, at the Ph.D. level; with the Vajrayana, we may enter the path at any level from kindergarten to professor." (-The Tantric Mysticism of Tibet) This Buddhist school is defined by psychological methods based on highly developed ritual practices.